It is a well known fact the Frisians fought in foreign armies. Whether as foreign terrorist fighter in the Mediterranean and the Levant or as mercenary of the Roman army in Britannia. Also their medieval kings committed war crimes. Early Frisian merchants were heavily involved in the profitable slave trade in West-Francia and on the British Isles. Furthermore, individuals committed large-scale piracy at the North Sea, Wadden Sea, Zuyder Sea and in the German Bight. And do not forget those that participated in Viking war bands.

Against this background there is much support among the people of the former Seven Lands of the Sea of Frisia to establish the International Criminal Tribunal for Frisia (ICTF). This in response to the committed (war) crimes against humanity by Frisian individuals, like army commanders, pirates, human smugglers, crusaders, terrorist fighters, mercenaries, espionage for foreign governments et cetera. As one of the initiators put it:

"We periodically fight about the statue of Governor Coen in the West-Frisian town of Hoorn, are still proud of our crusade history and still think Grutte Pier is a nice chap or big hero at least. This is total ignorance of our history, right?"

The objective of ICTF is to try Frisian individuals who committed these serious crimes in the past. Therefore, it's limited to those persons who died without ever being tried by an independent and recognized court and died before the establishment of the International Criminal Court (ICC) in The Hague in 2002. By bringing former deceased perpetrators to trial ICTF aims to render justice to Frisian history in general and to strengthen and promote the rule of law internationally.

Trial of individuals already deceased is what ICTF distinguishes from other criminal courts and tribunals. For this reason this tribunal will merely consider the question whether or not it can be proven the individual concerned indeed committed the war crimes or crimes against humanity. It will not additionally and symbolically impose a penalty post mortem. Therefore, ICTF will not repeat the cadaver synod, the posthumous conviction of pope Formosus in the ninth century AD.

The jurisdiction, not only limited till the year 2002 when ICC in The Hague was established, is also restricted to those individuals born in an area that was Frisia at the time of birth of the suspect. Where on the world the crimes have been committed, is irrelevant.

The Seven Lands of the Sea, with Aurich in the sixth Land of the Sea

The proposed seat of ICTF is the town of Aurich in Ostfriesland (also East Frisia) in Germany. In the High Middle Ages, from AD 1156 till 1327, every year delegates and chosen judges from the Seven Lands of the Sea gathered at Upstalsboom (or Opstallisbeam) on a mound near Aurich. Here at the first Tuesday after Pentecost they proclaimed in open air new laws for the whole of Frisia. The Upstalsboom functioned as supreme court in legal matters and conflicts between Seven Lands of the Sea too. With the seat in Aurich ICTF can -in some way- restore the gross shortcomings of the former supreme judges of the Upstalsboom. If interested in more backgrounds of the Upstalsboom treaty, read our blog post Upstalsboom: why solidarity is not the core of the collective.

Every person has the right to bring forward a case to ICTF with the request to indict a deceased Frisian individual.

The provisional -therefore still very short- list of indictments to be issued, is as yet:

Hnaudifridus (third century AD), Frisian chieftain, also known as Notfrid. Date and place of birth not exactly known, but early in the third century AD at the northeast coast of present-day the Netherlands. Allegedly took service in a foreign (Roman) occupation army as commander of the Frisian cavalry force (cuneus Frisiorum) called the 'Hnaudifridi' after its leader. Allegedly fought against the Caledonii at fort Housesteads at Hadrian's Wall in northern Britannia near the present-day town of Hexham. In our blog post more about Frisian mercenaries in Britannia.

Weladu (ca. AD 600), master blacksmith, also known as Wayland the Smith. Possibly lived near Schweindorf in East Frisia. Although he was maltreated by the King Niðhad of the Njars (i.e. his hamstrings were cut and he was imprisoned, his revenge was too cruel. Way beyond Excessive Self-Defense. He allegedly murdered the two sons of the king, made goblets and jewellery out their corpses and he raped the daughter of the king. Read our blog post Weladu the flying blacksmith. 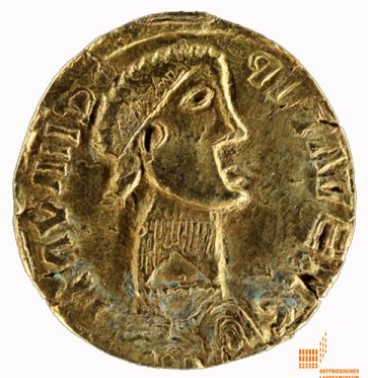 Radbod († AD 719), king of (West) Frisia, also known as the Enemy of Christ. Exact date and place of birth unknown. Allegedly committed and/ or ordered crimes against civilians of the cities of Utrecht, the Netherlands and of Cologne, Germany during the sieges of both cities in the year AD 714. Allegedly responsible as well for a policy of non-intervention concerning the slave trade of the Breton, the Frankish and the Slavish people. More about the battles of King Radbod in our blog post. 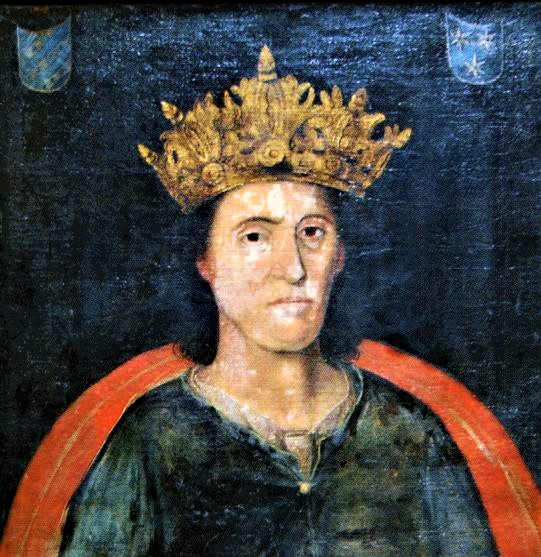 Ubba the Frisian († AD 878), Frisian chieftain. Date and place of birth not exactly known. Allegedly took service in a foreign (Viking) occupation army and allegedly was one of the three commanders of the Great Heathen Army of the Vikings that raided and raped England for fourteen years. He had his stronghold at the Walcheren island, West Frisia. Read more about the career of this chief in our blog post Island the Walcheren: Sodom and Gomorrah at the North Sea. 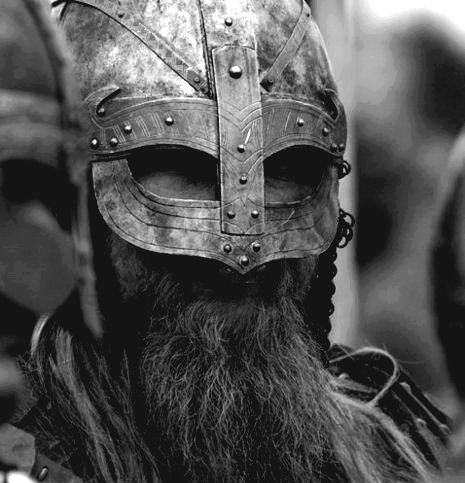 Arnulf (AD 955 - † 993), Count of West Frisia, also known as Arnulf of Ghent as he was born in this town in Flanders. As count of West Frisia responsible for starting a Frisian civil war with the sovereign region Westfriesland (being the first of the Seven Lands of the Sea of tota Frisia) in AD 993 by invading this Sea Land with an army. A civil war that lasted until AD 1297 when Count Jan of West Frisia defeated the Westfrisians definitive. Although the attack of Arnulf was unsuccessful and Arnulf was killed himself at 18 September 993 by the Westfrisians, Arnulf hasn't been held responsible. To learn more about this civil war, read our blog post In debt to Westfriesland. 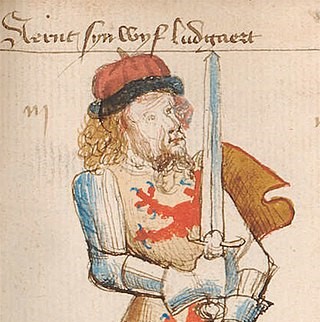 Popte or Poptetus Ulvinga († AD 1147), commander and Frisian nobleman, also known as Heinricus or Hendrik van Bonn and as saint worshiped in Portugal to date. Exact date and place of birth unknown but suspect originates from one of the shires of Westergo, Oostergo, Hunzingo or Fivelgo all in Mid Frisia. Allegedly fighter in a foreign army as crusader of the Second Crusade (AD 1147 - 1149) and allegedly ordered and/ or committed crimes against civilians during the siege of the city of Ulixibona (modern Lisbon, Portugal). 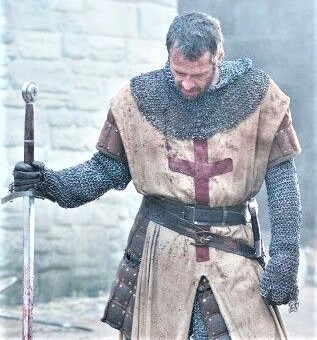 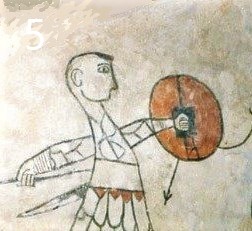 Floris V (1254 - † 1296), count of Holland and Zeeland, also known as Der Keerlen God meaning 'God of the normal men'. Responsible for fueling the Frisian civil war in trying to submit the autonomous region Westfriesland. See also the indictment of Count Arnulf. Count Floris V is responsible for erecting five coercing castles in the region Westfriesland to repress its inhabitants. He named himself Lord of Friesland as well and what must have been a delirium and illustrates his probably megalomaniac mind. 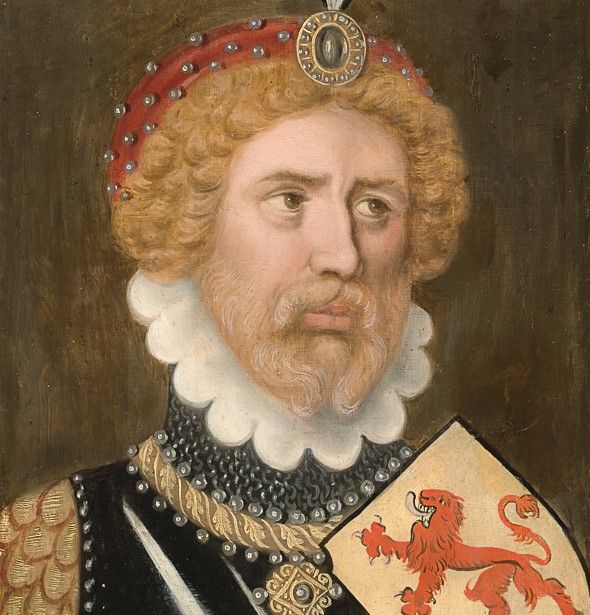 Klaus Niklaus Störtebeker († AD 1401) also known as Nicolao Stertebeker. Date of birth unknown. Place of birth disputed (Rotenburg, Wismar or the terp-village Termunten in shire Fivelgo part of the region Ommelanden). Leader of the so-called Likedelers pirates meaning 'those who share equally'. Allegedly committed huge-scale piracy first at the East Sea and Baltic Sea and later at the North Sea and Wadden Sea, with their base in Mariënhafe, Ostfriesland (East Frisia), Germany. 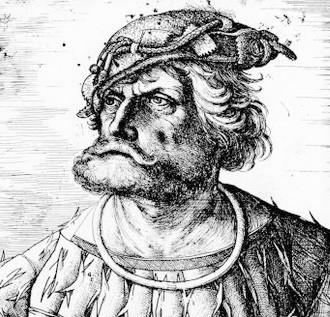 Ygo Gales Galema (c. AD 1443 - † 1492), Frisian nobleman, also known as the Forest Viking or -under his opponents- as the Forest Swine referring to his brutal fighting methods. Born in the port town of Workum, shire Westergo, Mid Frisia. Allegedly a warlord of the Vetkopers 'fat buyers' faction during the civil war in Frisia and allegedly responsible for committing and ordering crimes against civilians. 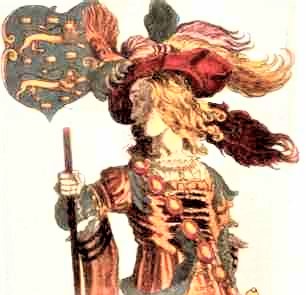 Pier Gerlofs Donia (c. AD 1480 - † 1520), farmer and commander of large rebel and mercenary army the Arumer Zwarte Hoop 'Black Heap of Arum village', also known as Grutte/ Greate Pier or as the Cross of the Dutchmen (Holland). Born in the terp-village of Kimswerd, shire Westergo, Mid Frisia. Allegedly committed large-scale piracy at the Zuyder Sea as commander of a pirate fleet during the period AD 1515-AD 1520. Allegedly committed and/or ordered crimes against civilians during the sieges and looting of the several towns, among others of Amsterdam, Medemblik, Muiden and Naarden. The fact the village Kimswerd after 500 years has offered formal apologies for the havoc done to the town of Medemblik in 2017 is a sweet gesture but evidently not enough, if he is found guilty. 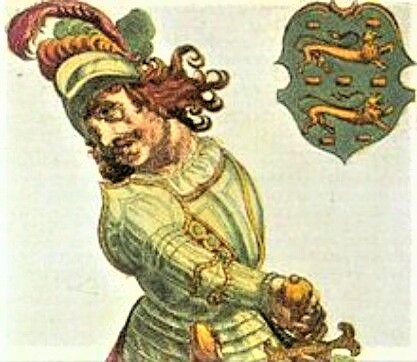 Jan Pieterszoon Coen (AD 1587 - † 1729), Governor-General of the Dutch East Indies (VOC), born in the town of Hoorn in the region Westfriesland, West Frisia and present-day province Noord Holland. Allegedly ordered crimes against the population, both against the armed forces as civilians of the Banda Islands, modern Indonesia in the year AD 1621, as well as allegedly inferring in court proceedings in the case of Saartje Specx and Pieter Kortenhoef, city of Batavia in modern Indonesia in the year AD 1629. 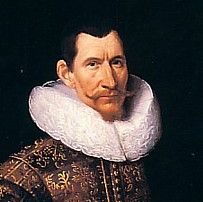 Peter Stuyvesant (AD 1610/11 - † 1672), Governor of the town of New Amsterdam (present-day New York City). Born in the village of Peperga, shire Stellingwerf, Mid Frisia. Allegedly suppressed the native population of Manna-Ha-Ta island (modern Manhattan) in the present-day United States and the religious minorities the Quakers and the Jews -on racial grounds- during the period AD 1645 - 1664. Furthermore, he was active in the slave trade and owned no less then forty slaves in Manhattan, being the largest slave owner in town. 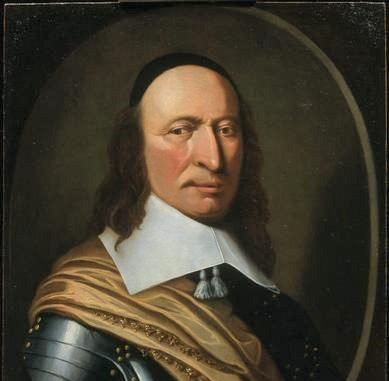 Gustaaf Willem Baron von Imhoff (AD 1705 - † 1750), Governor of Ceylon (modern Sri Lanka) and Governor-General of the Dutch East Indies (VOC). Born in the town of Leer in the region Ostfriesland, East Frisia. Allegedly involved and/or (partly) responsible for the so-called Batavia Massacre or pogrom against the Chinese civilians in the year AD 1740 during which thousands of Chinese civilians were murdered at Java island, present-day Indonesia. 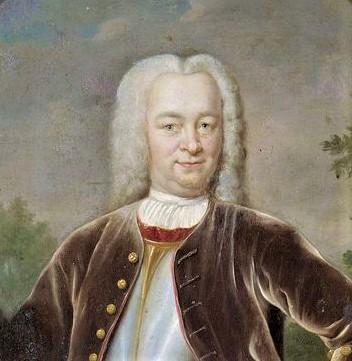 Margaretha Geertruida Zelle (AD 1840 - † 1910), courtesan and exotic dancer, also known as Mata Hari. Born in city of Leeuwarden, shire Oostergo, Mid Frisia. Allegedly spied for foreign governments. Although already punished for this (executed) this was done by a foreign authority (French) and therefore not recognized. 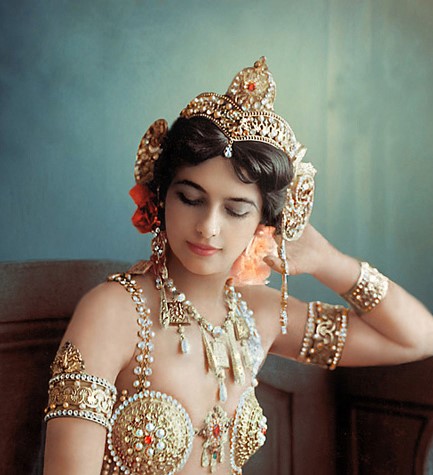